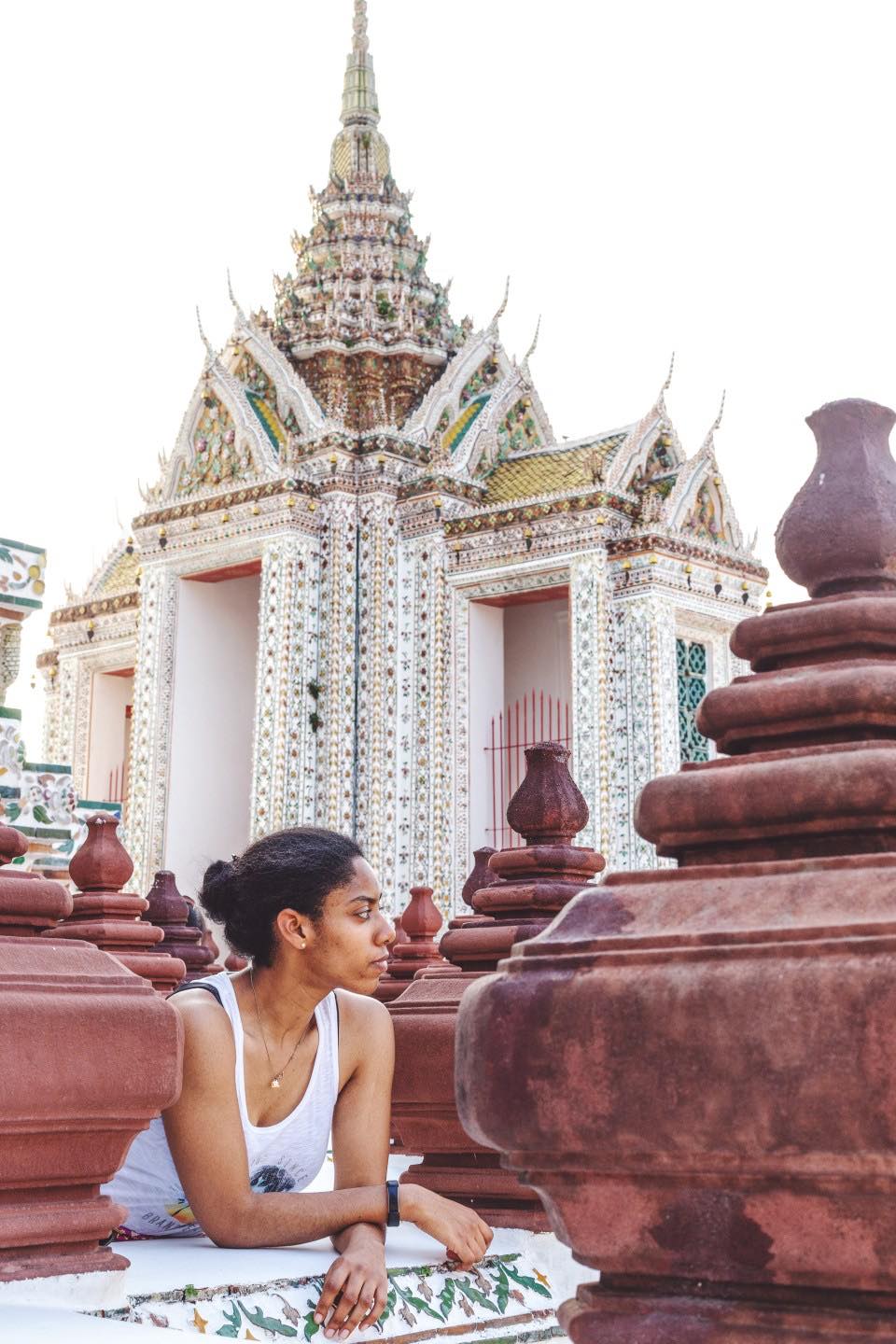 Natasha is a part-time traveler from the US currently living in Japan. She is the founder of Away From Origin, a travel blog dedicated to sharing her ‘away from origin’ travel stories, travel tips and guides, destination photography, and expat lifestyle musings. When she’s not snapping photos, you can find her dancing or playing violin.
Katsuyama Sagicho Festival – Feel The Fire Posted on May 21, 20201 Comment

Can you imagine a bonfire towering over you so hot that you can feel the heat of the flames from 10 feet away? At the Katsuyama Sagicho Festival in Fukui Prefecture, you can experience all of that and more.

How To Get There

From Tokyo Station, it takes about four hours on the shinkansen or bullet train to reach Fukui Station. Before arriving at Fukui Station, you will need to change trains at Tsuruga Station (if via Maibara) or at Ishikawa Station (if via the Hokuriku line). From Osaka or Kyoto Station, you can either hop on the direct express train or use the local trains for a discount. From Nagoya Station, there are various affordable (under ￥4,000) and comfortable buses you can take that will get you to Fukui Station in about 3 hours. Once you arrive at Fukui Station, the local Fukui trains run to Katsuyama Station every hour, so it’s best to come a day in advance or super early in the morning.

Katsuyama Sagicho Festival is organized annually by the locals in Katsuyama that celebrates the coming of spring while the town is blanketed in a layer of snow. The festival is held during the last weekend of February (usually sometime around the 22nd), and is free to see and participate in. With over three hundred years of history, Sagicho sees hundreds of visitors a year and encompasses a full weekend of festivities.

The streets near Benten Ryokuchi Park and the Kuzuryu River are decorated with colored strips of tanzaku (small pieces of colored paper that usually have wishes written on them) and paper lanterns  made by local school children. On the first day of the festival, 12 large Yagura or towers are placed around the city, and adults and children from Katsuyama dance in colorful kimono to the freestyle beat of taiko drums, flutes and shamisen.

The best part of the festival is the dondo-yaki bonfires on the last night. Dondo-yaki is the tradition of burning old lucky items such as fortunes or charms at Shinto shrines in Japan. During the festival, fourteen large pyres of pine and bamboo, called shintai, are brought to the Kuzuryu riverfront and  set on fire as prayer for a good  harvest. Before 9pm, male town chiefs walk from Shinmei Shrine to the riverfront with lit torches to set the pyres ablaze. The happi or festival coat-wearing (and, sometimes drunk) men fight the flames with rakes and sticks until the last pyre falls down and extinguishes itself.

Before you realize it, the magic of the festival has risen into the sky like the smoke from the flames of the bonfires, and it’s all over–until next year, that is.

If you find yourself at the Sagicho Festival, here are five things you must do when you go.

1. Join the locals and perform

If you’re brave enough, you can join the dancing or try your hand at freestyle drumming in the taiko (Japanese drum) performances on the yagura towers. People in Fukui are pretty nice, and although the people of Katsuyama plan for the festival for months, they welcome anyone joining in and having fun! During their performances, they’ll often call on audience members and challenge them to try their hand at drumming. Even if you’ve never done taiko, you’ll only be met with smiling faces from everyone.

My first time at the festival, a friend who had practiced taiko for years joined one of the drum battles in the street and went up against two local taiko masters! The crowd was blown away as all three men drummed with sweat on their brows and smiles on their faces.

At any festival in Japan, you can’t miss out on the food! The mom-and-pop yatai food stalls smooshed together on the street range from yakisoba (stir-fried buckwheat noodles) to takoyaki (fried octopus balls), candied fruit to crepes, and everything tastes great when the atmosphere is good. At Sagicho, there’s one main street near the river that sells traditional festival food. Take a walk down the street and find something you like.

Here’s a tip: I personally think the best yakisoba that I’ve ever had is from one of the stalls at this festival. If you’re walking around with an empty stomach, go to the yakisoba stall that sells their fried noodles in red Chinese food boxes. You not only get good yakisoba, but you get a lot of it, too.

3. Check out the paper lanterns

While you’re walking and eating (one of the only times such a thing is acceptable in Japan), check out the paper lanterns that illuminate the streets. Drawing and wishes are written on the paper lanterns by local children in Katsuyama, and you can find some crazy lanterns if you look hard enough. My personal favorites are the funny political lanterns (Abe, anyone?).

4. Drink sake at the neighborhood brewery

If you hit the festival in the morning or afternoon, you must walk over to the local sake brewery– perhaps one of the most famous sake brands from Fukui Prefecture, Ippongi. The brewery often has tastings where you can grab a cup of sake and chat with the local old men.  If you get a little drunk off the sake, don’t worry, Katsuyama Station is only a five-minute walk away. You can catch the last train back to Fukui Station after the bonfires are lit.

5. Roast mochi on a bamboo stick

The highlight of the Sagicho Festival is the dondo-yaki bonfires. They’re tall, hot, and could possibly burn your eyebrows off if you get too close. But, if you’re willing to get close enough, what you can do is grab a long bamboo stick with shrimp-flavored mochi on the end and roast it to your heart’s delight. The mochi  might not be the most delicious mochi you ever have, but the experience of roasting mochi in a bonfire that is taller than you is highly recommended!

Katsuyama has so much to offer, from castles, large Buddha statues and a dinosaur museum, to local charm and ski slopes. The small-town city is not too far away from the prefectural capital (Fukui City), and from Katsuyama you can go see Ono’s “Castle in the Sky” or zipline in Ikeda Town. If you ever find yourself in Katsuyama, the best thing to do is visit the dinosaur museum, check out the Sagicho Festival and get a little lost in the rural city.

You can get to Katsuyama by taking the Echizen Tetsudo train on the Katsuyama-Eiheji line to Katsuyama Station. It’s a slow and scenic train ride that will take you through the mountains of Fukui in under an hour. If you plan on catching the last train from the festival, then you can buy a round-trip ticket at Fukui Station.

Check out STAY JAPAN to book a stay in Fukui and enjoy the Katsuyama Sagicho Festival just like Natasha.

Previous Article 5 Reasons to Visit Awaji Island: The Birthplace of Japan
Next Article Travel to Japan For Half Off! - A Japanese Government Project